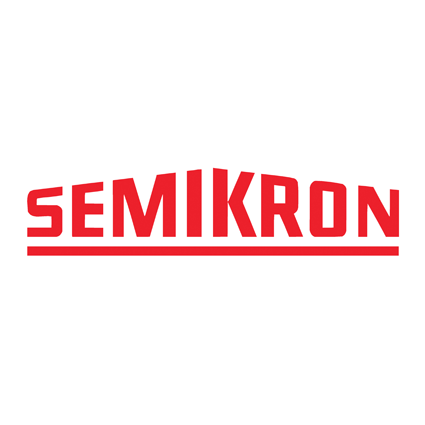 Semikron is a German-based independent manufacturer of power semiconductor components. The company was founded in 1951 by Dr. Friedrich Josef Martin in Nuremberg. In 2019, the company has a staff of more than 3,000 people in 24 subsidiaries (world-wide) with production sites in Germany, Brazil, China, France, India, Italy, Slovakia and the USA.

Semikron is a provider of integrated circuits, discrete semiconductors, transistor, diode and thyristor power modules, power assemblies and systems for markets such as industrial drives, wind and solar, hybrid and electric vehicles, the rail industry and power supplies. According to a survey carried out by BTM Consult ApS, the total wind power capacity installed until 2009 was 122 gigawatts. Out of this, 57 gigawatts comprises power semiconductors from Semikron.
In the field of diode/thyristor modules, Semikron is the market leader with a 30% share of the worldwide market. European Electronics stocks and supplies Semikron Products, top Quality with Warranty and Fast Delivery.

Semikron's product range consists of 11,600 different power semiconductors from 1 kW to 10 MW, including chips, discrete diodes/thyristors, power modules (IGBT / MOSFET / diode / thyristor/CIB/IPM), driver and protection components and integrated subsystems.
Amongst other developments Semikron invented the world's first isolated power module, the Semipack, of which 56 million are presently in use.